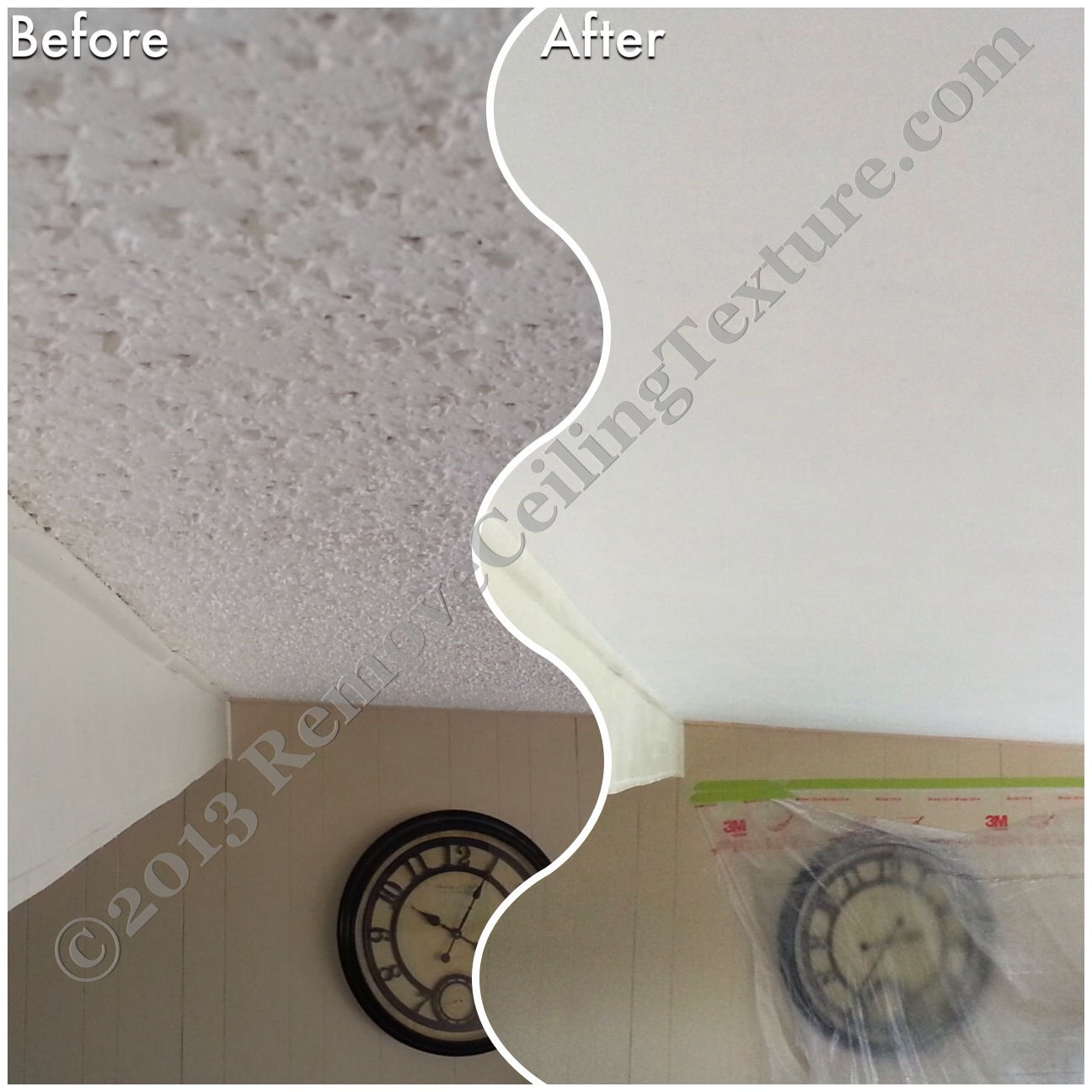 Pick a sport and Kamloops probably hosts a tournament for it.  Soccer, lacrosse, track and field, swimming…you name it.  They even have an auto racing facility.  The point is, you can do it all in Kamloops.  You can even have your ceiling texture removed.  No formal tournament for this…yet.

We recently worked on a modular home in Kamloops that had the ubiquitous popcorn ceiling texture of the times. The texture was very coarse and extremely ugly.   The homeowners, tired of living with allergens trapped in the texture above their heads, finally decided to do something about it.

Someone had attempted to patch a section of popcorn ceiling in the living room.  Since it’s so difficult to match existing texture, this little area was noticeable and drove the homeowners crazy.

Once we had smoothed the vaulted ceilings in the living room, you couldn’t even tell the patch had been there.

Ceiling texture tends to absorb light and can make small areas seem even darker.  We often see this happen in hallways.  Once the ceilings were smooth, the small space didn’t seem so oppressive.  Another awful attribute of ceiling texture is it tends to crack and even peel in some cases.  This Kamloops home had some cracks around the walls that needed to be dealt with. Ceiling texture removal means that will no longer be an issue.

Admitting You Have a (Texture) Problem is the First Step

The second step is to contact RemoveCeilingTexture.com for a free quote on ceiling texture removal. Wherever you’re located, we can tackle your texture problem.

Do you have popcorn ceilings that you'd like to see smooth? Contact us today for a FREE quote!