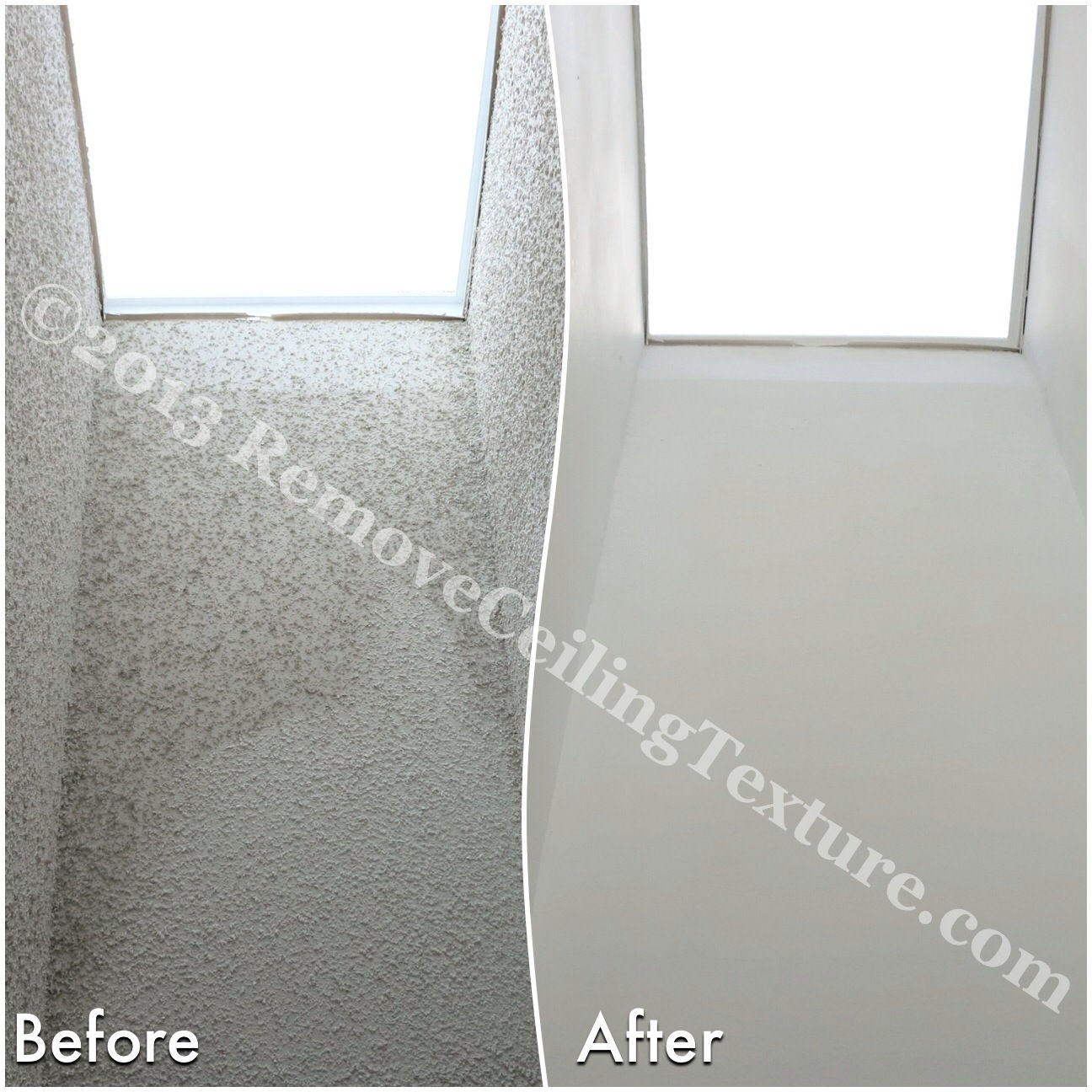 Skylights With Ceiling Texture – It Was Never Meant to Be

Skylights are a great way to brighten a room.  The natural light is flattering and your energy bill can often be reduced since less artificial light is needed.  However, if they are not finished correctly, like skylights with ceiling texture, problems can arise. Texture is applied to skylights for a variety of reasons.  Sometimes it’s done to cut corners. It’s easier to spray popcorn ceiling than it is to finish the drywall properly. Other times it’s done because the homeowner likes the look.

Regardless of the reason, it’s a terrible idea. As mentioned in a previous post (Moldy skylights, cracked and peeling off?), skylights are naturally more hot and humid than the rest of the house.  That lurking moisture and ceiling texture is not a good combination.  It can cause cracking, peeling, and even mold build-up and then you’re left with a real mess.  It’s far better to finish it properly from the start.  If you do have skylights with ceiling texture, RemoveCeilingTexture.com is the solution to your problem.

Now, though, the ceiling texture was dirty and stained.  The owners were also concerned about their home’s air quality and possible health risks (including asthma), especially to their visiting grandchildren.  So after living with it for many years, they decided it was time to kiss the ceiling texture goodbye.  We got to work removing the texture in the skylights, and throughout the rest of the house as well.

Once we removed the texture from the skylights and finished them to a smooth surface, they actually looked brighter.  The texture had been swallowing up the natural light, but now the light is reflected much more efficiently.  Best of all, the owners don’t have to worry about health hazards like mold.  They know that their grandchildren can play in their home without being exposed to toxic air.  It’s a brand new beginning for the home they designed and built with love.

Do you have skylights with ceiling texture? RemoveCeilingTexture can help! Contact us today for a free quote.